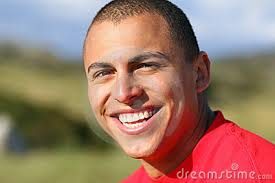 During this year of exploring the legacy of the 18th century immigration of Mennonites to Pennsylvania, we are working to become of place of informed and civil discourse on current issues.  That has led us to new relationships with majority immigrant Mennonite churches and their members.  But it has also led us to ask who are the more recent immigrants living in right our midst, in the Indian Valley, and how are they faring?  The following stories are three of seventeen written by ESL and Citizenship students at Keystone Opportunity Center on Main Street, Souderton.  These neighbors are working to assimilate, survive, and belong by taking classes virtually in the shadow of the original home of the Mennonite Heritage Center.  We are grateful to the staff of Keystone for serving these new neighbors and for facilitating the sharing of these stories with you.  They help us compare notes with our Swiss-German ancestors on what we left and why, how we got here, and what challenges and opportunities awaited.

Talking about immigration sometimes is painful. I want to talk about my experience living in the north triangle of Central America were the narco cartels, organized crime, corrupt police and gangs have overwhelmed the capacity of the government to protect their own people. I was working in a special program named “broon y vida nueva” erase and new life. This was a beautiful program helping people to leave the gangs, organized crime and drug cartels. We were a program that erased the tattoos and found new ways for these people to earn money to live as a small enterprises or small business. The tattoos in gangs and organized crime are codes to identify status and information and symbol of membership. To remove the tattoo means to quit or leave the organization, this is an act paid with death. After I had worked for years in this field, the leaders of the gangs, organized crime and drug cartels, they figured out who was in the program and who was responsible helping these former criminals and for that the made the decision to kill some of them. They killed at least two leaders and former members of gangs who we were working with in the program. The last three months living in my country were dangerous. My family was persecuted by people wearing police uniforms who were not really police. It was so dangerous that we had to leave and we came here asking for asylum. Now we are waiting for the final decision of this process.

I rushed to get out of Vietnam on the day North Vietnam Communists took over the South. That day was April 30, 1975. The last helicopter lifted off in the air on the top the U.S. Embassy at 8:00 a.m. However, I was 30 minutes late and no hope for me to be with American soldiers at all. I rode a Honda motor bicycle toward the Back Dang Harbor. I saw hundred boats and ships along Saigon River. I jumped on one boat then jumped to another ship. The ship was named Truong Xuan with 3,700 people on it. The ship had a lot of problems. It moved and stopped so many times on the Saigon River and South East Asia Sea because the engine needed maintenance to be in good condition. The ship took 4 days from Saigon to Hong Kong. After the conversations with Hong Kong governor and the Queen of England, we Vietnamese refugees were allowed to land in Hong Kong. I stayed in refugee camp along with 3,700 people. Many of them had interview with different countries. Many went to settle in European countries. Many went to Australia, Canada, South America. I went to the USA in November 1975.

My first job in the US was a bindery operator in a printing shop. After 3 years, I had an interview then I got a social worker job. In this job I helped a lot of Vietnamese and Cambodian refugees who came to the US like us. As the economy was up and down, I have changed several different jobs such as electronics technical, electoral maintenance, fill stripper for a printing shop and finally I spent 16 years working in a machine shop as a machine operator. Now I’m retired. After 4 years in the US, I met a lady and got married. My wife who came as a Vietnamese “Boat People”. We have two boys. One is 34 and one is 23 years old.

South Sudan:  Life as a Refugee

I left my country at the age of 8 years old, when the civil war took place in my country (South Sudan) to Kakuma Refugee Camp (Kenya) in 1992 as a refugee. Life in Kakuma was really bad because the camp was very hot, windy with dust. When you tried to cook food around 6:00 a.m., food will get a lot of dust on it. The same thing happened during classes. It was difficult to write in our exercise books with dust coming through the windows in all directions. There was not enough food, water, and firewood. People died from hunger. When you go to fetch firewood in the bushes, the host community will kill you. They also killed people in their houses and shops at night. When I came to America in 2015, I was so happy because I got a better life. I’m living with my fiancé. I got a little job which is better than nothing. But my fiancé had only part time job since 2016. This makes our life difficult a little bit. I have two siblings living here in America right now, and other two siblings with my mother are left back there in Kakuma Refugee Camp. They called me sometime and said that life is worse than before. I’m still worried about them. At night, I am always thinking about them. I carry them in my heart forever.