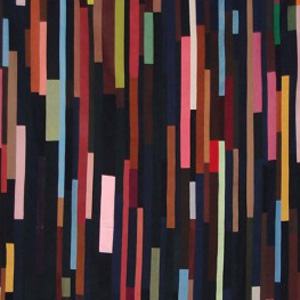 The roots of the Longacre family, and origin of their name, lie in the town of Langnau in Emmental, Bern, Switzerland. Originally Langenegger, many descendants in America spell the name Longenecker; here in eastern Pennsylvania, the descendants of two brothers spell their name Longacre.

Daniel Longenecker (1686-1756) and his older brother Ulrich (1681-1757) came to Pennsylvania and settled along the Schuylkill River circa 1719. In that year, Daniel purchased 220 acres in Upper Providence Township, in a tight curve of the river at the site of present-day Upper Schuylkill Valley Park and Parkhouse Nursing & Rehabilitation Center. This was for many years the Montgomery County Almshouse. The land was purchased by the county for this purpose in 1807 from Abraham Gotwals, a relative of the Longacre’s.

Daniel, his son David (1705-1776) and John Longenecker (dates unknown, possibly a grandson), all served as ministers in the Manatawny/Chester County Mennonite churches, or what we might call the Schuylkill District, with congregations at Coventry, Vincent and Phoenixville. Daniel attended the 1725 meeting at Germantown where the Mennonite ministers of eastern Pennsylvania signed on to the Dordrecht Confession of Faith. The Mennonite community on the Schuylkill was widespread, and Daniel likely traveled many miles during his lifetime of ministry.

His brother Ulrich Longenecker was an early convert to the German Baptist Brethren in America, being baptized at Coventry in 1724 and becoming a charter member of Coventry Church of the Brethren. Ulrich was sometimes called in English “Owen Longacre”. An 18th-century farmhouse still stands on his homestead along Hanover Street south of Pottstown.

The Ulrich Longenecker house, circa 1910. The section on the left is 18th-century. Today, the Victorian porch has been removed. Mennonite Heritage Center collection; gift of Dorothy Longacre McGann.

Daniel and Ulrich were probably buried at Sprogel Cemetery, the ealiest place of burial for local Mennonites in the area. The cemetery was located in what became Pottstown’s industrial district, and it was sold to a corporation by court order in 1905. Some remains were moved to a lot on Hanover Street (later the site of Pottstown Mennonite Church – no stones remain except an obelisk memorial to the Sprogel family), and some were moved to Coventry Mennonite, Brethren and other local cemeteries.

John Longenecker, son of Daniel, died young in 1745. His widow, Susanna Parker, received land from her father’s estate at Parker Ford the following year. She remarried to John’s cousin Jacob, son of Ulrich, and she is remembered for a difficult experience during the Revolutionary War. American spies, dressed as shabby escaped prisoners of war, walked along the Schuylkill Road, seeking to entrap British Loyalists. Seventy-year-old Susanna, home alone with a grandchild, and unaware of the danger, offered food and drink to the travelers, as she did to all tramps. The spies then reported her to the authorities in Philadelphia as a British sympathizer. Elder Martin Urner of the Coventry Brethren congregation was similarly tricked.

The sentence handed down against Susanna was draconian, “a fine of one hundred and fifty pounds or in default of payment to receive one hundred and seventeen lashes on her bareback at the public post.” Susanna and her husband Jacob appealed this sentence, with support of their neighbors, and her fine was reduced by a third. Part of the appeal stated that “Jacob Longacre…during the present struggle for American liberty…has been often called on for forage, provisions, quarter, team, and etc., and one of our Hospitals was for several Months at his house…and he contributed on these several occasions as liberally as could be expected from a person who apprehended himself restrained by his religious principles from being actively concerned in war.” (Longenecker Family Newsletter 1:1, pp. 2-3).

John Longacre Stauffer (1888-1959) was a Mennonite bishop and president of Eastern Mennonite College (Harrisonburg, Virginia). He presided over the advancement of the school to collegiate status in the 1940s. John grew up in the Vincent Mennonite congregation, but like Clayton Derstine, found more space for his leadership gifts as a young man at the Altoona Mennonite Mission. Perhaps more traditional than Derstine, Stauffer was generally welcome to preach in Franconia Conference congregations.

Paul E. Longacre (1904-1996) served as a minister in the Bally Mennonite congregation. His son Paul (b. 1937) and wife Doris Janzen Longacre (1940-1979) worked with Mennonite Central Committee in Vietnam during the war. In 1976, Doris published the More-with-Less Cookbook, which brought recipes and tips on simplicity from around the world to Mennonites and others in America. The book proved quite popular, and Doris compiled a follow-up book, Living More with Less, before her death from cancer in 1979. Paul later remarried to Nancy Heisey, who has served as president of Mennonite World Conference.

Another son, James C. Longacre (b. 1941) has been a minister and overseer in Franconia Mennonite Conference, as well as the Conference Coordinator for several decades in the mid-to-late 20th century. His daughter Maribeth Longacre Benner is an ordained Mennonite pastor and teacher who recently founded Write the Good Future, a purposeful fiction-writing contest for all ages.

Richard “Dick” Longacre Benner (1939-2017), late editor of the Canadian Mennonite, grew up in the Pottstown Mennonite congregation, where his father Paul was deacon. A lifetime editor and publisher, Dick also taught communication for a time. “As an editor [of the Canadian Mennonite], he was occasionally criticized for being out-spoken and political, but he also received much encouragement to speak out about the issues facing the church. Dick believed that the magazine was important for the church, comparing it to a village square where the people can come to find out what is happening in the church, as well as to discuss and debate issues and questions.”

Longacre’s Modern Dairy in Barto, Berks County was founded by Daniel E. Longacre (1912-2001), brother of preacher Paul. Since 1940, the dairy has produced some of the best ice cream available in the local area. Today, Daniel’s children operate the plant, store, and Old-Fashioned Dairy Bar at the intersection of Route 100 and Niantic Road. The place is packed on summer evenings.

In the nearby village of Bally, cousins own and operate the Longacre Company, a home services and appliance supplier, whose trucks can be seen throughout the region. Arland Longacre (1901-1969), another brother of preacher Paul, founded the company as an electrical service in 1922. When he began selling television sets in the 1940s, he was set back from communion in the Bally Mennonite Church, which at that time forbade television. Longacre stood by his decision, however, until the anti-television rule was eventually dropped.

A branch of the Longacre family moved to the Quakertown area, where Horace W. Longacre (1912-2009) was born and raised. After marrying a Franconia woman, Elizabeth Goshow, and moving to Souderton, he started a poultry marketing business, Longacre Poultry, with a packing plant at the intersection of Route 113 and Allentown Road in Franconia. The business eventually marketed over 70 products in 20 countries. It was sold to Pilgrim’s Pride in 2001, and today the plant no longer stands in Franconia.

Horace and Elizabeth’s sons and grandchildren branched out into other businesses and investments, and the success of these family endeavors continues to benefit the community through generous giving in the tradition of father Horace who served on numerous nonprofit boards and gave to worthy causes throughout his life.

One of the most extensive and unique family collections at the Mennonite Heritage Center is from a Quakertown area Longacre family – John and Mary Schantz Longacre, who were members of East Swamp Mennonite Church. The collection includes a variety of items from photos to handmade Christmas ornaments, 19th-century clothing and modern quilts made from millinery ribbons. Pieces of the collection have been donated over the years by several granddaughters of John and Mary.

Traditional log cabin quilt (left) made by Mary Schantz Longacre, early 20th century, and a modern freestyle quilt (right) made by her daughter Katie Longacre Grant in 1970. Katie owned a millinery shop in Quakertown, and used leftover hat ribbons to create two quilts like this. All three quilts are now in the Mennonite Heritage Center Collection; gift of Dorothy McGann (2008.9.9, 2008.9.10 and 2012.95.1). The ribbon quilt shown is currently on display at the MHC.

Sources on the Longacre family

Souder, Mary Jane. A Look Back: The Horace and Elizabeth Longacre Story. Limited printing, 1999. Available in the MHC library.