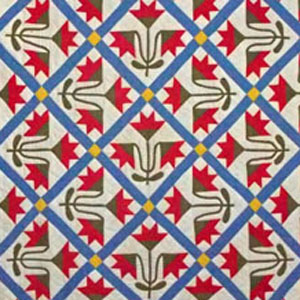 Gehman is a name common among Mennonites of eastern Pennsylvania and Lancaster and the Bible Fellowship Church (formerly Mennonite Brethren in Christ). It is not, however, common among Swiss and German Mennonites in general.

Spelled variously in Swiss records, including the standard spelling Gäumann, the family is deeply rooted in Häutligen, on the border between the Bernese Mittelland and Emmental Valley.

The earliest known Anabaptists of this name lived in nearby Oberthal in the late 17th century — Christian Göuman and wife Madlena Keller. Two of their sons have descendants in eastern Pennsylvania – Christian (b. 1678) and Benedict (b. 1687). Each had two sons who came to America. Christian’s sons Christian (b. 1708) and Benedict (b. 1712) arrived in 1732 and settled at Hereford, Berks County and Springfield, Bucks County respectively. Their first cousins Christian (b. 1707) and Johannes, sons of Benedict, arrived in 1754 and settled in Brecknock Township, Berks (now Lancaster) County. All of the Lancaster Gehman’s are descended from Christian of Brecknock, but just to confuse things, two of his sons married daughters of Christian of Hereford, so that many of the Lancaster Gehman’s are descended from both immigrants Christian Gehman! There is an old Mennonite Church in Reinholds, Lancaster County that bears the name Gehman.

The log and stone house built circa 1767 by Christian of Hereford is still standing, on Township Road (Macungie address), about a mile north of Seisholtzville Road. It was owned by the Gehman family until 1945.

Christian’s brother Benedict, who settled in Bucks County, has yet to be pulled from the mists of time. No genealogy has been constructed for his family, but it appears he had at least two sons, Christian of Plumstead (1742-1830) and Jacob of Springfield (1750-1812). Some descendants of the Bucks County branch spell their name Gahman.

An interesting branch of the family descends from John Gehman (1741-1806), son of immigrant Christian of Hereford. He was a preacher in the Upper Milford Mennonite congregation. The Hereford and Upper Milford communities have always been close and interrelated, despite being separated by the Berks-Lehigh county line. One of John’s grandsons, John Z. Gehman (1793-1882) was a preacher in the Hereford congregation, and he left a diary and other family papers that are now at the Mennonite Heritage Center (more on that below).

A great-grandson of preacher John was an early Mennonite printer at Milford Square, Bucks County. John Gehman Stauffer (1837-1911) entered the offices of the Mennonitischer Druckverein [Mennonite Printing Union], run by his bishop John Oberholtzer, as an apprentice in 1856. Oberholtzer’s press, which represented the infancy of progressive Mennonite publishing in America, was just four years old. After a short apprenticeship of six months, Stauffer was appointed foreman of the shop and eventually purchased the business in 1867. Publishing mostly German books and newspapers, he eventually moved the business to Quakertown, and began an English-language newspaper, The Quakertown Free Press, in 1881. He sold the paper to an apprentice a few years later, but the Quakertown Free Press continued to be published until 2009. The company is remembered today on the pediment of its former office building in central Quakertown.

Numerous descendants of the Gehman family have been ministers or missionaries in the Mennonite and Bible Fellowship denominations, as well as other churches.

Preacher John of the second generation has been mentioned. His son John (1771-1848) followed him as preacher at Upper Milford. Grandson John Z. was a minister at Hereford, and another grandson, David G. Gehman (1802-1881) was an early deacon and secretary of the Evangelical Mennonites (i.e. Bible Fellowship Church). A great-grandson, Solomon B. Gehman (1841-1912) was a Mennonite minister in Ontario, whom one listener considered “the most effervescent preacher I have ever heard” (Gehman Family Directory, Part II, 37).

Preacher John’s brother Abraham (ca. 1737-1792) was a minister in the Rockhill Mennonite congregation, Bucks County, as was his son Samuel (1767-1845). The Rockhill church was sometimes called “Gehman’s”. A cousin, Jacob Gehman – either the son or grandson of immigrant Benedict – was an early minister at Springfield.

At Hereford, for twenty-five years in the late 19th century, John L. Gehman (1819-1892) served as deacon in the Bally “Old” Mennonite congregation with his father John Z., who was preacher, but considered himself a poor one. When the elder Gehman was ordained in 1827, it was by default rather than lot, because the other nominee refused to participate; John Z. “always felt he had not been God’s choice” (Wenger, History of the Mennonites Franconia Conference, 263). Nevertheless, his son and two grandsons were called to ministry, serving as deacons one after another at Bally.

Another cousin, William S. Gehman (1827-1918), was more comfortable preaching; so comfortable, in fact, that he was ousted from the Mennonite Church for being too outspoken in support of prayer meetings and evangelical revival. Called “Father Gehman” by many, he was the main organizer and first presiding elder of the Evangelical Mennonites (Mennonite Brethren in Christ/Bible Fellowship Church). Raised Lutheran, he married a Mennonite woman and joined her church at Upper Milford, where he was nominated for preacher in 1849 at the age of 22. Years later, Gehman told fellow minister C. H. Brunner that bishop John Oberholtzer preferred the other nominee, 38-year-old Samuel Stauffer. When Oberholtzer learned that the congregation preferred Gehman, he required the use of the lot, and “of course the lot fell on me” (Taylor, “William Gehman: His Life and Times”).

William’s son, William G. Gehman (1874-1941), was an equally strong leader, serving for many years as presiding elder of the Mennonite Brethren in Christ, Pennsylvania Conference and president of its evangelistic auxiliary, the Gospel Herald Society. A granddaughter of “Father Gehman”, Rose Lambert Musselman (1878-1974), was a missionary to Hadjin, Turkey, as a young woman. While there, she lived through the 1909 siege of the town by enraged local Turks, and she sent news dispatches that were published in the New York Times. Her account of the atrocities committed that year against the Armenian minority were later published under the title Hadjin and the Armenian Massacres (New York: Revell, 1911).

This barely scratches the surface of Gehman family stories about Christian service. Additional 20th century stories could be told of Ernest G. Gehman, a Mennonite preacher and professor at Eastern Mennonite College, who published cartoons lambasting liberal and modernist influences in the church, or Johanna K. Gehman of Bally, who served in Vietnam with Mennonite Central Committee during the Vietnam War.

Johanna’s brother, Abraham K. Gehman, donated a wonderful collection of family papers to the MHC when it opened in 1975. The papers were found in the attic of an old Gehman farmhouse in Upper Hanover Township, and include records as early as 1804 from the family of John Z. Gehman, the Bally preacher.

Hand-colored house blessing that was copied by John Gehman and a bookplate for John’s grandson Enos S. Gehman (1855-1918) that employed a large central heart similar to the heart on the house blessing. Both gifts of Melvin and Sara Gehman (1990.8.7 and 1990.8.13)

Lydia Kriebel also donated a friendship quilt made by her mother, Mary Gehman Kriebel (1877-1943), that carries names of numerous Gehman women and other friends and relatives.

Another of the most striking quilts in the MHC collection is from a Gehman family of Bucks County. This “Carolina Lily” quilt was probably made by Maria Gehman Ruth (1835-1878) in the mid-19th century. It features lilies slightly different from the one pictured in the quilt above.

Sources on the Gehman family

Papers of the Historical Society of the Bible Fellowship Church (numerous articles about Gehman family members and the early history of the denomination). Available in the MHC library and some at the BFC Online History Center.