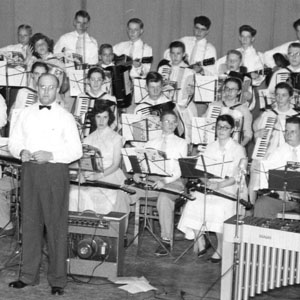 There were several Mennonite men named Clemmer, presumably brothers, who settled in Pennsylvania in the early 1700s – Jacob, Christian, Henry and John (Hans), and possibly John Jacob – along with their father Valentine, and nephew Valentine Hunsicker. Most settled at Great Swamp in northern Bucks County.

Valentine Klemmer/Clemmer – “Felte” for short – was already a Mennonite bishop prior to emigration. He (and most of his children) arrived at Philadelphia in August 1717 with three boatloads of Mennonites and at least a couple other bishops, Benedict Brechbill and Hans Burkholder. At that time, Valentine was already over 60 years old, born in 1655 near Zurich, Switzerland. He may have been the first of his family to join the Anabaptist fellowship. The Klemmer name is not common among European Mennonites.

Little is know about Felte Klemmer, other than that he attended the 1725 conference in Germantown that affirmed the Dordrecht Confession of Faith, and he is said to have died in Lancaster while on church business, where he was buried in the Mellinger’s Mennonite Cemetery. No stone survives.

The original gravestones for son Henry Clemmer (1700-1791) and wife Mary at Franconia Mennonite Cemetery were mounted some years ago into a handsome monument, which unfortunately set in stone an incorrect date for Henry’s immigration, stating (on front and back) that Henry arrived in 1730. This was based on research of Abram L. Clemmer, who, working with less information than we have today, guessed that the Henrich Klemmer and Johan Andres Klemmer who arrived on the ship Alexander and Ann in 1730 were the Henry and Hans (John) Clemmer who settled in Franconia and Salford Townships. This was not the case. Johan Andres Klemmer’s signature is not the same as that of Hans Clemmer of Salford. Also, unlike Henry Clemmer of Franconia, Hans Heinrich Klemmer who arrived in 1730 was unable to write his name. He was probably somewhat older (perhaps a cousin of the Mennonite Clemmer’s), and likely the father of Johan Andres who arrived with him. The 1730 immigrant settled in Maryland.

Signature of Johan Andres Klemmer and mark of Heinrich Klemmer from the Alexander and Ann ship list, 1730

The signature above of Hans Clemmer of Salford (d. 1737) appears in a Mennonite devotional book, Güldene Aepffel in Silbern Schalen (Golden Apples in Silver Bowls), that is currently on display in the Opportunity & Conscience exhibit. Clemmer bought and signed the book in 1731. After he died, the book passed down in the family of Frederick Alderfer, the second husband of Clemmer’s wife Anna. The ownership inscription shown below is that of Frederick Alderfer, 1741.

At Hereford, during the division of 1847, the ministers were John Z. Gehman, who considered himself a poor preacher and had served quietly for 30 years, and his son-in-law Christian G. Clemmer (1813-1883), who had served only five years but felt a strong call to ministry. Clemmer favored a progressive movement, along with the majority of the congregation. The entire experience was stressful for John Gehman, to the point that he stepped back from leadership for a time. This left Clemmer as the sole preacher for about a year.

During that time, John Bechtel (probably a nephew of old preacher John Bechtel whom Clemmer had suceeded) wrote in a letter [translated from German]: “…Clemmer leads the people under Oberholtzer’s flag, if he can possibly accomplish it. And if one steadfastly defends the old rules and decisions of Conference, as surely should be done, and withstands the new ones, then the preacher publicly denounces us from the pulpit as trouble-makers or as good-for-nothings. The two last times John Gehman was not at church. According to reports he has laid down his office for a while….” (Mennonite Quarterly Review, Oct. 1972, p. 343). Within a year the congregation split and John Bechtel was chosen as a preacher for the conservatives.

It is said that Christian Clemmer late in life privately expressed regret at separating from Franconia Conference, and his confidant said, “Well, the way is open for you to come back.” Christian responded, “Yes, but what shall I do with my flock?” (MQR, Oct. 1972, p. 343). Christian’s brother Samuel (1821-1870) was also a preacher, first at Hereford and then at First Mennonite Church of Philadelphia, but he died two years after taking the Philadelphia post.

A contemporary of Christian and Samuel Clemmer was Abraham M. Clemmer (1793-1879), deacon at Franconia. He took the conservative side in the 1847 division, and was present at Swamp meeting near Quakertown on the day the conservative minority attempted to use the meetinghouse for worship, though this had been expressly forbidden by the majority. The conservatives were dispersed, according to progressive accounts, “in a decent and brotherly way”. By conservative accounts, including Clemmer’s own, they were driven off with sticks, which is almost beyond belief. In any case, it was a moment of painful schism, and as with most families, there were Clemmer’s on both sides. (Ruth, Maintaining the Right Fellowship, 268).

Deacon Clemmer was instrumental in gaining exemptions for Mennonite men who were conscientious objectors during the Civil War. He traveled with a couple other ministers to Harrisburg and met with Pennsylvania Governor Curtin about the matter. His grandson and namesake, bishop Abraham G. Clemmer (1867-1939), followed suit during World War I, going directly to Washington, DC and speaking with the Secretary of War.

A. G. Clemmer was never the official moderator (senior bishop) of Franconia Conference, but he functioned as the body’s powerbroker in the early 20th century. Ordained a preacher in 1904, he soon received nominations to become bishop, but the lot fell to someone else. The lot for bishop fell to him in 1913, and after the death of moderator Andrew Mack in 1917, Clemmer was the most dynamic and influential leader in the conference. By the 1930s, according to fellow bishop John Lapp, any topic not endorsed by Clemmer could not be brought to the conference floor for discussion (Ruth, 508).

Confession of Faith and Minister’s Manual used by bishop Abraham G. Clemmer. Mennonite Heritage Center collection; gift of Sanford A. Alderfer (Hist. Mss. 505). The handwritten note “certifies” that a member of Line Lexington Mennonite Church was in good standing and “desires to commune with the Franconia Cong.” At this time, communion was shared once annually and between members of a single congregation.

As enthusiasm for outreach swept the conference in the 1930s, young Markley H. Clemmer (1911-1984) was ordained by lot to serve as pastor of the Norristown Mennonite Mission. Over the next 50 years, he dedicated much of his life to building relationships with the African-American community, serving for years as pastor of the primarily black Bethel Mennonite Church, as well as First Mennonite Church of Norristown. In 1990 these congregations merged, along with a Spanish-speaking congregation, Fuente de Salvación, into a multi-cultural bilingual church, Nueva Vida Norristown New Life.

Markley Clemmer, with Summer Bible School students at Norristown Mission, 1951, and as a venerable pastor, 1980

Playing with students during Bible School, 1946

The Clemmer family, especially descendants of deacon Abraham Clemmer of Franconia, made musical contributions locally in the 20th century.

Bishop A. G. Clemmer compiled an appendix of German hymns for the new Church Hymnal published by the Mennonite Church in 1927. The congregations at Franconia and Salford used special copies of the book with Clemmer’s appendix bound in. This appendix was useful to historians such as Isaac Clarence Kulp and Joel Alderfer in the 1980s when they sought to understand which hymns were popular with local Mennonites in the years just before the advent of English language worship.

Another descendant of Abraham Clemmer pioneered with instrumental music lessons and sales among local Mennonites. Some “Old” Mennonites (i.e. Franconia Conference) considered musical instruments proud and frivolous; their use was forbidden in worship services, though not at home. Joseph “Joe” M. Clemmer (1915-1996), who grew up in the Franconia congregation, chose to become a music teacher rather than a farmer, and eventually built a music studio and showroom on Rt. 113 in Franconia. Generations of Mennonites and other students have learned to play guitar and other instruments at Clemmer Music Studio, and have brought those skills back into the Mennonite Church as it opened to allow instrumental music after the 1960s.

In the 1950s, Hawaiian guitar and accordion were two instruments that were popular among Clemmer’s students. Joe held annual concerts in the Souderton High School auditorium, like the one pictured below, circa 1953, at which his students would play together in one large band. The combination of instruments created what has been called “the Clemmer sound”. You can listen to a clip here.

The MHC Collection contains some unique clothing from the Clemmer family, including plain frock coats homemade for preacher Henry “Hen” Clemmer (1849-1936) by his wife, Mary Ellen Kulp Clemmer. Henry was a minister at Salford. These Colonial-style coats were required of Franconia Conference ministers through the early 20th century.

An unusual top-to-bottom wardrobe comes from Eliza Clemmer Rittenhouse (1840-1921), who lived in Towamencin Township and was a member of the Plains Mennonite congregation. In 1975, her daughter Hanna Clemens donated various items including a bonnet, dress, petticoat and boots (all solid black), colorful shawls, gloves and a silk cape from before Eliza “dressed plain”, and even her mother’s French drawers. Years later, grandchildren donated a pinafore and baby dress in which Eliza clothed her children, and the organdy shirtwaist worn by Hanna Clemens at her wedding. It’s a fascinating set of late-19th century clothing from a family who were fancier than some.

Sources on the Clemmer family

Miller, Beverly Benner. A Mennonite Church in Norristown. Harleysville, PA: Mennonite Historians of Eastern Pennsylvania, 2015. Available for purchase at the MHC or through our website.