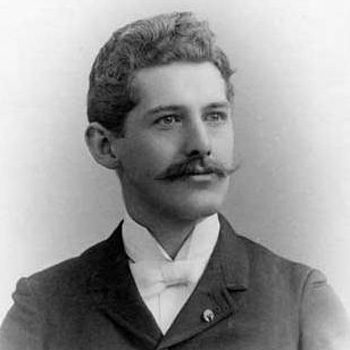 Christian Allebach, a weaver, had three stepchildren when he and wife Margaret immigrated to Pennsylvania in 1719. The family came from Dühren, Germany, near Sinsheim in the Kraichgau, and likely settled at Great Swamp in Bucks County.

Within a few years, Margaret died and Christian remarried to a woman named Elizabeth. This may have been the reason for Allebach’s move to Lower Salford, where he purchased 150 acres in 1730. He and Elizabeth had nine children of their own, but they must have also treated his orphaned stepchildren as their own — Jacob, Martin and Barbara Grater. The Grater’s received shares equal to the Allebach children in Christian’s will of 1746. One of the executors appointed by Allebach was “my trusty and well-beloved step son Jacob Greder”.

Christian directed that his property be sold to pay debts. His widow Elizabeth, with several young children and one in the womb, was to receive back the dowry funds she had brought into the marriage, and to be supported in things she “finds needful” for several years while the children were young. In the detailed estate settlement, some items were mentioned — amounts “to Christopher Dock for schooling” in 1747-1749, “to Christopher Dickenshied for shoes for the small children”, “to Jacob Clemens rent for ye sd. widow & children”,  and “to Henry Doenig for a coffin for one of the children that died” along with other sundries.

Christian and Elizabeth were certainly buried at the Salford Mennonite Cemetery, though no gravestones survive for them.

Christian Allebach’s homestead in Lower Salford is marked on this map. No buildings from Allebach’s time remain today.

A great-grandson of the immigrant, David G. Allebach (1802-1888), was the first deacon ordained for the Towamencin Mennonite congregation, circa 1832. Though there had long been a meetinghouse at this location, it had been served by the Skippack ministers.

David’s two surviving books of church records provide valuable information about local Mennonite events of the mid-19th century. One book contains Allebach’s handwritten copies of documents from the 1847 schism that divided the Franconia and Eastern District Mennonite Conferences (these were published in the Mennonite Quarterly Review, Oct. 1972), as well as minutes of Franconia Conference, May 3, 1849; a record of baptisms and ordinations in the conference, 1847-1855 (published in J. C. Wenger’s History of the Mennonites of the Franconia Conference, pp. 167-168); and a record of preachers who visited the conference and where they preached, 1849-1852. The other book contains baptismal and church records of Towamencin in the 1830s. Both books are in the Jacob Mensch Papers at the MHC (Hist. Mss. 8).

David Allebach’s “Additional [notes] on the grosen Rath [High Council or Big Conference] held in Franconia on the 3rd of May 1849….” The großer Rath was the semiannual conference of all ministers and bishops in Franconia Mennonite Conference. Kleine Räte [Small Conferences] were meetings of the ordained men in a single district, such as Skippack or Bucks County.

There is a suggestion that David Allebach may have been the folk artist known as the “Exotic Scenery Artist”, or at least one of the people who made drawings in this style. A descendant of Allebach contacted the MHC last year when she inherited a watercolor drawing that matches the style of the Exotic Scenery Artist, with the statement from her mother that the picture was painted by her great-great-grandfather David G. Allebach.

The MHC holds several watercolors by the Exotic Scenery Artist, and when we heard this family story, we checked and saw that the donor of our pieces was ALSO a great-great-granddaughter of David G. Allebach!  Beatrice Myers, who grew up on an old Allebach farm in Lower Salford, found these drawings in her parents’ attic. What’s more, the picture of the sloth below is inscribed “Jacob L. Young” on the reverse. Jacob Young (1839-1912) was a son-in-law of David Allebach.

While these coincidences are not conclusive proof that Allebach was the artist, it’s an interesting possibility. If Allebach created watercolors like this, he may have been a teacher in a parochial German school (perhaps at Towamencin Mennonite Meetinghouse where he was deacon?). More research should be done to verify Allebach’s occupation.

A nephew of David, Jacob R. Allebach (1846-1914), married Elizabeth Gottshall, daughter of Moses Gottshall, founding pastor of the Eden Mennonite Church in Schwenksville. Their son, Harvey G. Allebach (1869-1921), was a minister, as well as a poet and botanist. He worked broadly across the General Conference Mennonite Church, pastoring at Schwenksville, Pottstown, Boyertown, East and West Swamp, Bethany and Flatland (at Quakertown), and in Eicher and Wayland, Iowa. A graduate of the University of Pennsylvania, he also taught for a year at the Arapahoe Mennonite Mission School in Darlington, Oklahoma and at the East Orange (NJ) Collegiate Institute for women, where his half-sister Ann Allebach was principal.

Ann Jemima Allebach (1874-1918) was the daughter of Jacob Allebach and his second wife, Sarah Markley. While attending university and seminary in New York City, Ann was active in women’s suffrage, Sunday School teaching and work among the poor. She requested ordination from her mentor, N. B. Grubb, pastor of the First Mennonite Church of Philadelphia, who agreed, and in 1911 Ann became the first woman ordained by Mennonites in America. She never pastored a Mennonite church, though she preached a few times in Eastern District congregations. She served the Sunnyside Reformed Church, Long Island from 1916 until her sudden death of a heart attack in 1918.

Pastor Harvey Allebach with a baptism class, at Christmas in the Bethany Mennonite Church, Quakertown, circa 1915.

A first cousin of Harvey and Ann was Rein Allebach Alderfer (1877-1962), a plain “Old Mennonite” minister at Salford. He was ordained in 1915, around the same time Ann was assuming the pulpit at Sunnyside Reformed Church, but we can guess there were probably no mutual congratulations exchanged. Religious worlds were quite divided in those days.

In another branch of the family, John S. Allebach (1805-1902) was married to Elizabeth Bergey, daughter of Mennonite preacher John Bergey of Franconia. Circa 1847 (during the Fraconia/Eastern schism) Allebach was ordained a deacon and very soon a minister for the “Old Mennonite” portion of the congregation at Rockhill. His son Joseph B. Allebach (1844-1923) was also a deacon at Rockhill, and another son, Christian B. Allebach (1841-1917), was ordained in 1876 as the first resident minister for Towamencin.

Christian Allebach, namesake of his immigrant ancestor, was an effective and well-liked preacher. His story is so interesting that it warrants copying at length from John Ruth’s Maintaining the Right Fellowship (pp. 361-363):

At Rockhill, Preacher John Allebach, who had reached seventy [in 1875], and his younger colleague Abel Horning wanted assistance. John’s affable carriagemaker son Christian, a man who expressed himself easily, had moved over to the Towamencin area after marriage, in order to be in a congregation where his wife [Amanda Krupp] could realize her desire of practicing foot washing (on the advice of Bishop Jacob Kulp of Plains). This also allowed Christian not to be placed “in the lot” at Rockhill, which surely would have happened because of his gifts, had he stayed. As a boy, he “preached” so effectively, while sitting on a fence, that tears had come to his listeners’ eyes. At Towamencin, he would seem to have been safe from “the lot,” since this congregation had always been served by ministers ordained at other meetings [congregations]. Back at Rockhill, when the lot was cast in the spring of 1876, it fell on a thirty-five-year-old farmer — Sam Detweiler — who could not even read, let alone speak in public. When he made his first attempt to preach, in the Franconia meetinghouse, no words came. He stood in the pulpit paging through the Bible, tears running down his cheeks, until he finally said, “I give up,” and sat down. It was just the kind of situation John Oberholtzer’s constitution [that had sparked the Franconia/Eastern schism] had sought to avoid. But Sam Detweiler’s wife, Annie, then managed to teach him to read, and twenty years later he would be advanced to the office of bishop.

…[June 1876] saw the lot fall on former Rockhill-member Christian Allebach. Having chosen to transfer to Towamencin for entirely other reasons than this, Christian complained bitterly, at first, about the irony of his move. But he recovered his spirits, and in the following decades “Grisht” Allebach became a memorable and beloved figure in his adopted congregation. Unafraid to correct the erring, he inspired hope in the troubled, and became not only a very stabilizing influence in the congregation, but, in the words of a young member, “Jedermans Freund” (everybody’s friend) throughout the community. In a remarkable coincidence, Allebach, Andrew Mack, and Sam Detweiler — all ordained in the same half year, would preach for over forty more years, and die within a month of each other at the end of the German-preaching era, in 1917.

Christian’s son, Alpheus K. Allebach (1874-1957) and wife Margaret Cassel served as the first steward and matron of the Eastern Mennonite (Old People’s) Home built at Souderton in 1916. Alpheus also opened a plain clothing store in Souderton in 1924, at the corner of Main and Summit Streets, with partner Elvin Souder. When Alpheus died in 1957, the store was sold to Elvin Souder Jr. and wife Patty who continued to operate it as “The Souder Store” — selling fabric and sewing supplies until 1998.

Alpheus and Margaret Allebach at their marriage in 1902, and dressed plainly in 1921, with their only child, Alpheus Jr.

Another branch of the Allebach family settled in Hatfield Township. One descendant, Jacob C. Allebach (1851-1909) had an unusual occupation for a Mennonite. He had a long career as a music teacher, and published three books of music — a keyboard book titled Preceptor for the Organ and Melodeon in 1870, and two harmony singing books, The Temple Harp and Readable Notes for the Sunday School in 1872.

Readable Notes and The Temple Harp were compiled in partnership with Isaac R. Hunsberger, a Brethren organ builder of Hatfield. For musical notation, Allebach and Hunsberger used J. B. Aikin’s “seven figured or character notes” (shape notes). Jesse Bowman Aikin, a native of Chester County, was Hunsberger’s father-in-law and is buried at the Hatfield Brethren Cemetery. Aikin’s seven-shape note system was a competitor to the earlier four-shape musical notation used in books like The Sacred Harp and Harmonia Sacra. Aikin strongly promoted his system, and it became the standard for song and hymn books when adopted by Ruebush, Kieffer & Co. in 1876. Music publishers Ephraim Ruebush and Aldine Kieffer were grandsons of Joseph Funk, compiler the Harmonia Sacra, and their song books were used widely across the nation.

A sad part of the Allebach-Hunsberger story is that I. R. Hunsberger’s organ shop, containing numerous instruments, was destroyed by fire in 1879. It was never rebuilt.

J. C. Allebach was a lifelong member of Plains Mennonite Church. His nephew, David K. Allebach (1872-1951), was a chorister (song leader) in the congregation and also wrote a history of Hatfield Township that was published in 1944.

Sources on the Allebach family